How to find the best Amazon fba coaching for 2022 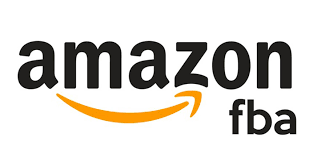 Those who are unfamiliar with Amazon’s FBA feature should read on. FBA stands for fulfillment by Amazon, which means you won’t have to worry about storing, packaging, delivery, invoices, or anything else. By choosing FBA, you allow Amazon to handle all those operations in exchange for a modest commission. FBA is an excellent choice for individuals who don’t have enough labor or time to pack and print invoices since they don’t have storage.

You can learn about Amazon FBA coaching to become a successful seller. Many people are now aware of the FBA feature, and small and medium-sized enterprises are becoming increasingly active on platforms such as Amazon. Although there aren’t many courses on Amazon, it took some time to look through them all and select the top ones based on their ratings, reviews, student feedback, and even the instructor’s credentials and expertise.

Brock Johnson has created this Amazon FBA course. Brock is a digital entrepreneur, an e-commerce guru, and one of the few people who have developed a seven-figure income entirely from selling on Amazon. Brock is one of Udemy’s most popular instructors. Brock has aided over 25,000 students through only three of his courses. His profile has a 4.6-star rating based on 3,600+ student ratings. The majority of those reviews indicate that he is an excellent instructor and that his strategies can be beneficial for scaling revenue through Amazon.

This course’s only objective is to assist students in mastering the art of selling things on Amazon and learning the intricacies of how FBA businesses work. It was created by CourseEnvy, a marketing firm specializing in Facebook ads, social media marketing, and Amazon FBA.

CourseEnvy has trained over 330,000 students through its 24 Udemy courses, and the profile has a 4.4-star rating based on 45,000 student ratings. This Amazon FBA training involves basic internet search abilities and will assist you in starting an FBA business for free.

The main goal of this course is to teach students how to quickly and easily create an online business by selling simple things on Amazon. This Amazon FBA course requires you to be focused, follow the necessary processes and steps, have an active internet connection with a functional web browser, and have a basic understanding of Microsoft Excel.

Damir Serbecic, an Amazon FBA Seller, a digital marketer, and an e-commerce entrepreneur, created this Amazon FBA course. Damir is also one of the most highly-rated instructors on Udemy. He has made a total of 7 courses on this platform to date, and via these courses, he has assisted almost 90,000 students in learning how to sell things on Amazon and other talents.

What Are the Advantages of Collaborating With a Commercial Waste Consultant?

Business Funding Solutions for Your Staffing Business in New York

Beginner’s Guide to Using Strains of Kratom in Nevada

Factors to Consider when Searching for a Corporate Home Service Provider

You have always intended to begin your own business, and instead of starting totally from…

Factors to Consider when Searching for a Corporate Home Service Provider